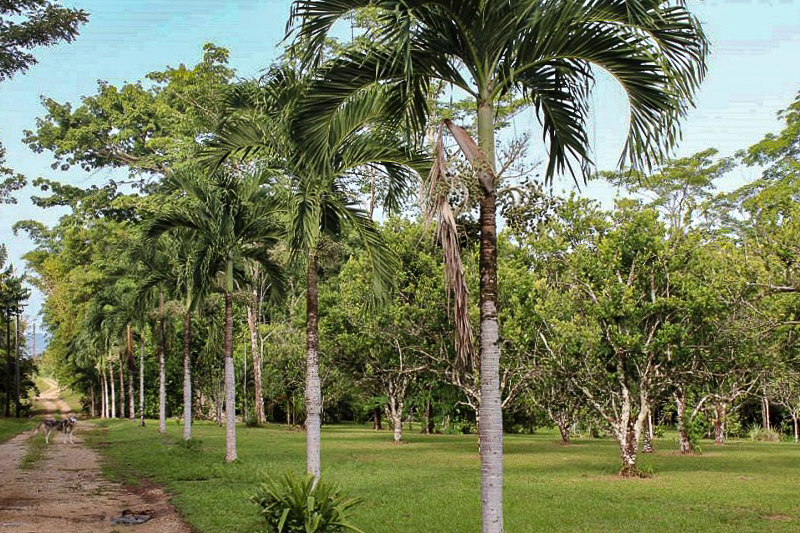 Set amidst the scenic southern Belizean rainforest, this beautiful private estate is located in the Toledo District, 11 miles from Punta Gorda Town and the Gulf of Honduras. Situated near the village of Yemeri Grove, the estate is also in close proximity to the Maya Mountains and the major archaeological sites of Lubaantun and Nim Li Punit.

The property itself consists of 61.62 acres of land, of which approximately five (5) acres have been cleared, with the remainder having been preserved in its natural state. The estate has a private driveway linking it directly to the Southern Highway and to regular bus and transit routes.

The property is bordered on the north by the Machaca River - linking the property to the Rio Grande River and the Caribbean Sea - and on the south by the Southern Highway. There are three (3) major creek systems on the property, along with numerous brooks and streams, as well as several well-maintained, scenic, rainforest hiking trails.

The central section of the property consists of an elevated, cleared, parcel of land, approximately five (5) acres in size. The natural gradient of this area, supplemented by a series of drains, ensures efficient water flow during the rainy season. Rainwater flows down from this section of land into the creeks and streams encircling its base.

Often described as a botanical garden, this central section of the property has been professionally landscaped and is carefully maintained. It is bordered by two formal orchards - dedicated principally to Valencia orange trees - and is characterized by a wide variety of trees and floral gardens.

Within this picturesque setting, there are three (3) bungalows, otherwise known as ‘casitas’, or guest houses, one (1) main building, and several outbuildings.

The main building is comprised of an open-concept kitchen and living area which may also function as a bedroom. The building itself is comprised of a tiled concrete foundation topped by a concrete/stucco half wall. On top of the half-wall, there is treated wooden framing and tongue and groove exterior wooden walling (installed 2019). The roof (constructed in 2015) is framed with local Santa Maria hardwood and covered with high-grade zinc roofing. The building also has three (3) hardwood doors – two (2) of which are mahogany, the other Santa Maria - complete with locksets and deadbolts (installed 2019). The main building also features a beautiful, custom-made, concrete and stone verandah that overlooks the orchards and gardens.

The three bungalows, or guest casitas, are constructed using the traditional open-air Mayan style. Like the main building, each of the casitas has a tiled concrete foundation and concrete/stucco half walls. The casita roofs are supported by rosewood posts and are covered with (bay palm) roofing. All of the casitas are outfitted with high-quality insect screens and security screening. The buildings are fully furnished with high-quality local wooden beds, side tables, and cabinetry.

Of the three guest casitas, two have en-suite bathrooms, while the third has a dedicated shower and washroom. Each of the en-suite washrooms - complete with Guatemalan tile and Costa Rican porcelain fixtures - has hot and cold running water, toilets, washbasins, and showers. There is also a separate shower house, complete with hot and cold running water, a shower, custom tiling, toilet, and washbasin.

In terms of infrastructure, the property has its own dedicated water and electrical supply. The water supply is comprised of one main well, approximately 200 feet deep, an electric pump, a pump house, and a large elevated (850 gallons) cistern for the storage of fresh water. As well, there is a second, readily available (but currently non-operational) well. Collecting rainwater in cisterns is also a viable water gathering option. Electricity is sourced through Belize Electrical Limited and is delivered to the estate via a series of modern utility poles running adjacent to the main driveway.

In terms of flora and fauna, this lush rainforest estate is home to a wide variety of plant and animal species. Among the plant life, there are numerous fruit trees, including several species of mango, as well as orange, lime, grapefruit, coffee, cacao, lychee, banana, plantain, soursop, and starfruit. There are also numerous coconut and Malay apple trees, as well as yellow ginger (turmeric) and pineapple plants.

Along with the organic fruits, there are a variety of indigenous and imported plants including orchids, hibiscus, birds of paradise and heliconia. The property is also home to a variety of palms, most notably royal, cohune, bay, and coconut. There are also a number of large bamboo groves, as well as some rosewood, cottonwood, mayflower, yemeri, and nargusta (local hardwood) trees.

In terms of wildlife, there is at least one troop of howler monkeys that inhabit the estate lands, along with gibnut (paca), armadillo, deer, and a vast array of birdlife including many varieties of hummingbirds and colourful Central American parrots, parakeets, and conures.

As a result of career commitments, the current owners have found it necessary to relocate overseas. The property is currently being maintained by a local caretaker family and it may be possible to retain the services of these caretakers following the change in ownership. 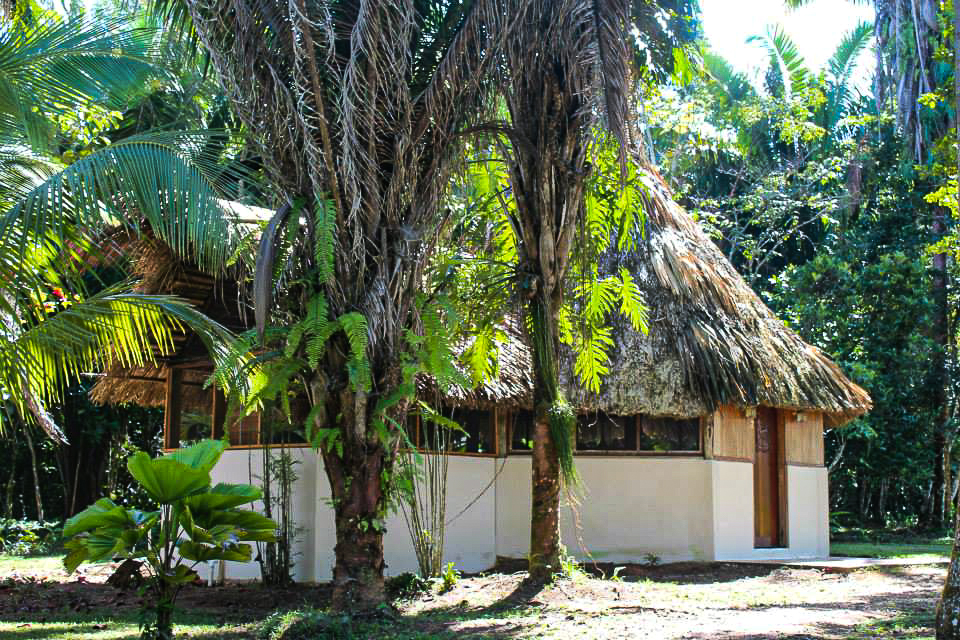 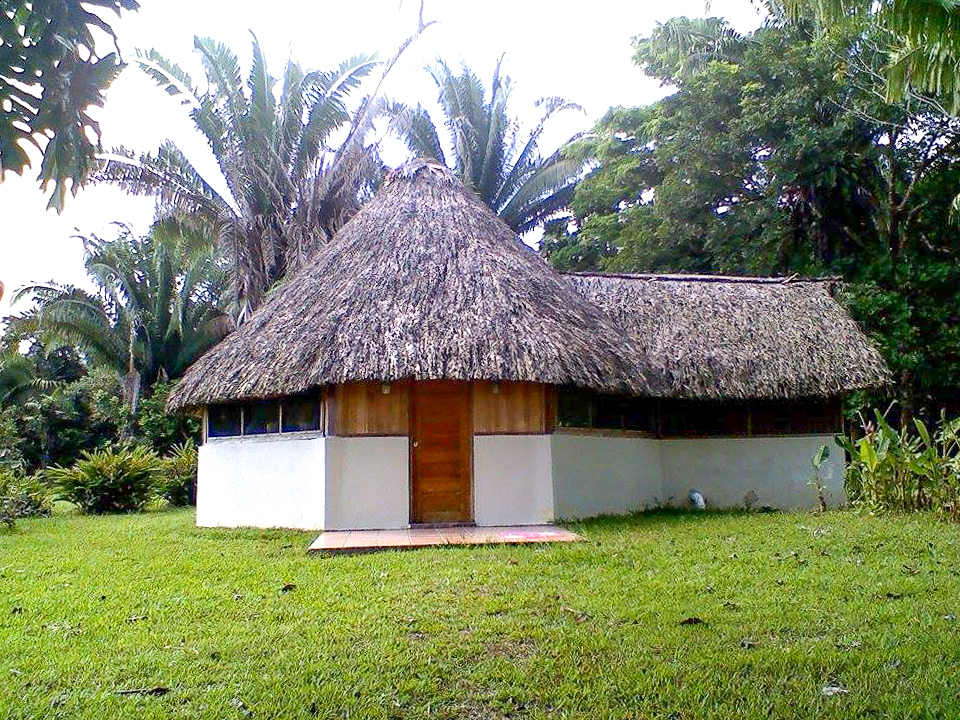 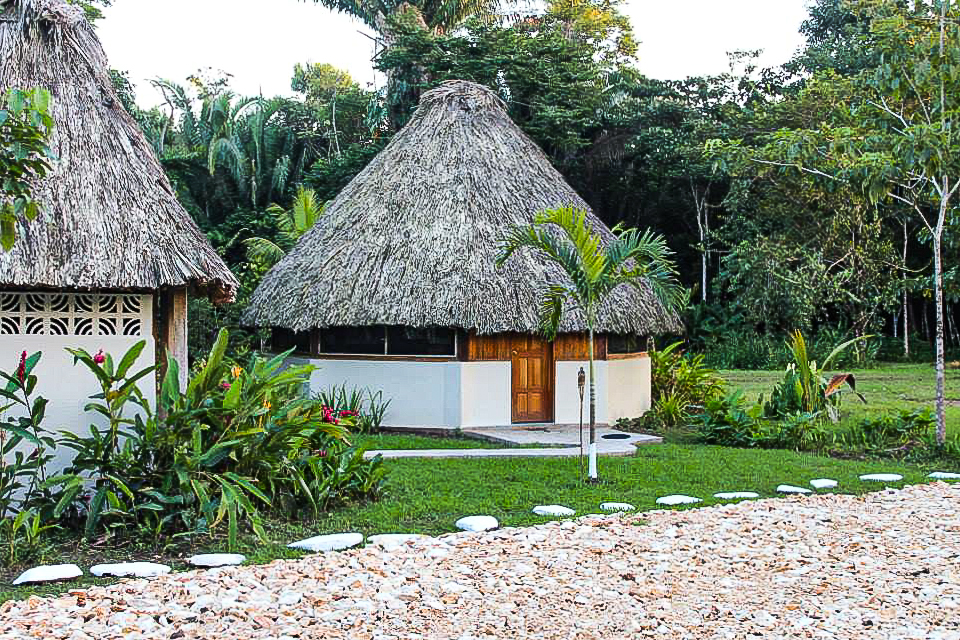 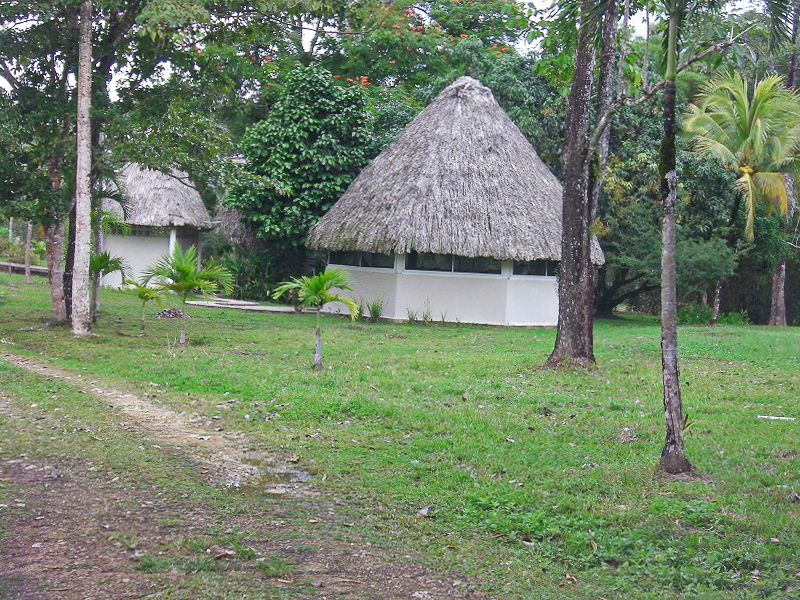