The Story Behind the Name Belize

Did you know that Belize was formerly known as British Honduras? The country was officially renamed as Belize in 1973 which caught the attention of many because the name is so exotic and unique. Add to that the various stories about where the name came from and it is still a mystery. Here are two credible possibilities for where the name Belize came from. 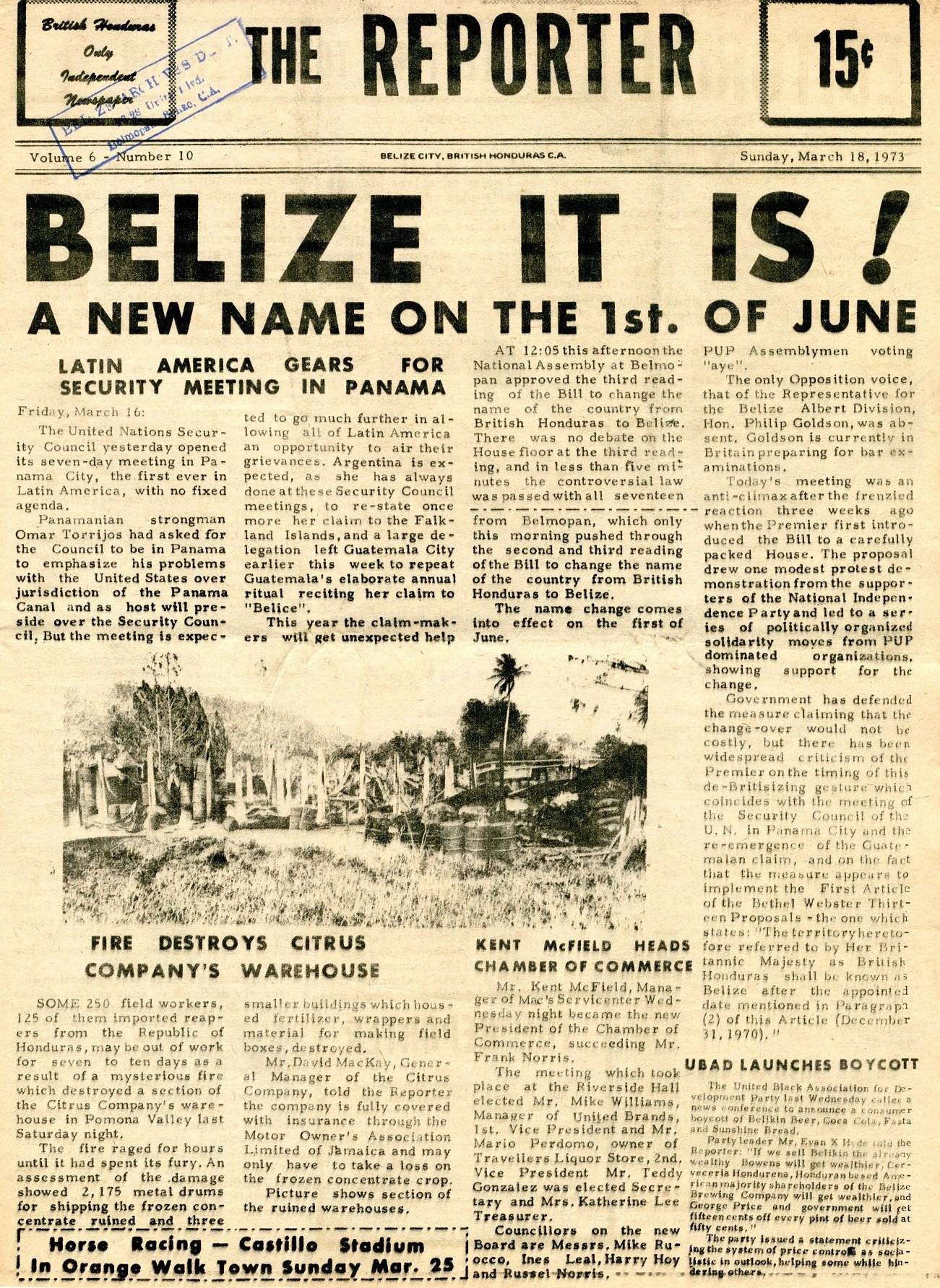 Dating back to 1677 from the journal of a Dominican priest known as Fray Jose Delgado which is the earliest records of settlement back then, Mayans were the first inhabitants of the country and they used Belize’s network of rivers to transport goods.

It was believed that the Mayan word “Balix” which means “muddy waters” referring to the rivers of the country was provided by the priest’s translator was the origin of Belize's name or derived from another Mayan word “Belikin” which means “land facing the sea”.

Another probability comes from a Scottish buccaneer Captain Peter Wallace who discovered the mouth of the Belize River as credited in the 1827 Almanack, set up a permanent residence in the area. It was said that he gave his own name to Belize. Overtime, the name “Wallace” became “Vallis” as the Spaniards couldn't pronounce “w” which was changed to “b”, creating “Balise” which later became “Belize”.

There is also a timeline of records of the origin name of Belize that was shared by Belize Archives & Records Service (BARS) on Facebook on July 19, 2011 scanned from a framed document donated by Stephen Fairweather from a book showing recorded dates in the document which is not in order but the deterioration of the name of the country can be clearly seen. And if it was to be arranged chronologically, it will appear as follows making the two origin stories above accurate as it was derived from Balis (Mayan) and Walis (Wallance). 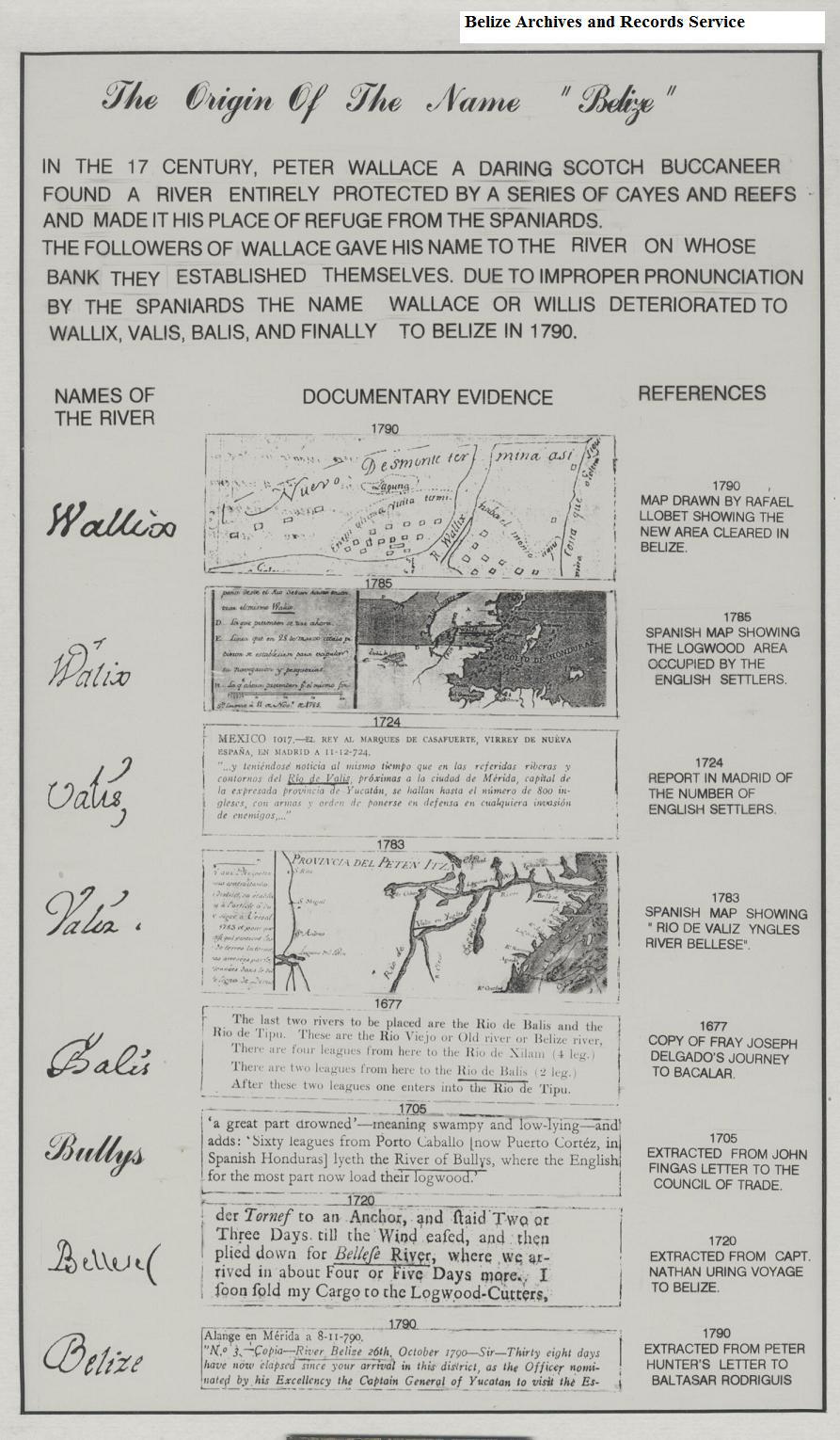 Bullys: 1705 — Extracted from John Fingas’ letter to the Council of Trade

Valis: 1724 — Report in Madrid of the number of English settlers

The origin stories of the name Belize are really fascinating just like the country itself. Whether the name of the country comes from the Mayans who were the first settlers of Belize or from a Scottish Buccaneer, it can be said that the country has a rich culture and history from the various ethnic groups from around the world that settled in the area that should be preserved.